Rescued from John Wilson's printing house,
and donated to the safe keeping of Irvine Burns Club in 1837

Other MSS and books (separate page)

The model is one of a small number made at Grange Academy, Kilmarnock, in 2013, by an enterprise project. Given to Past President Michael Murray while visiting with an American guest, he described it as ‘a wee beauty’ and Irvine Burns Club accepted it on permanent loan for display in the premises where manuscripts used for the publication can still be viewed.

The manuscripts owned by Irvine Burns Club contain the first five poems and the thirteenth:
The Twa Dogs, Scotch Drink, The Author's Earnest Cry and Prayer, The Holy Fair, The Address to the Deil, & The Cottar's Saturday Night - scroll down to see 'The Twa Dogs' MSS 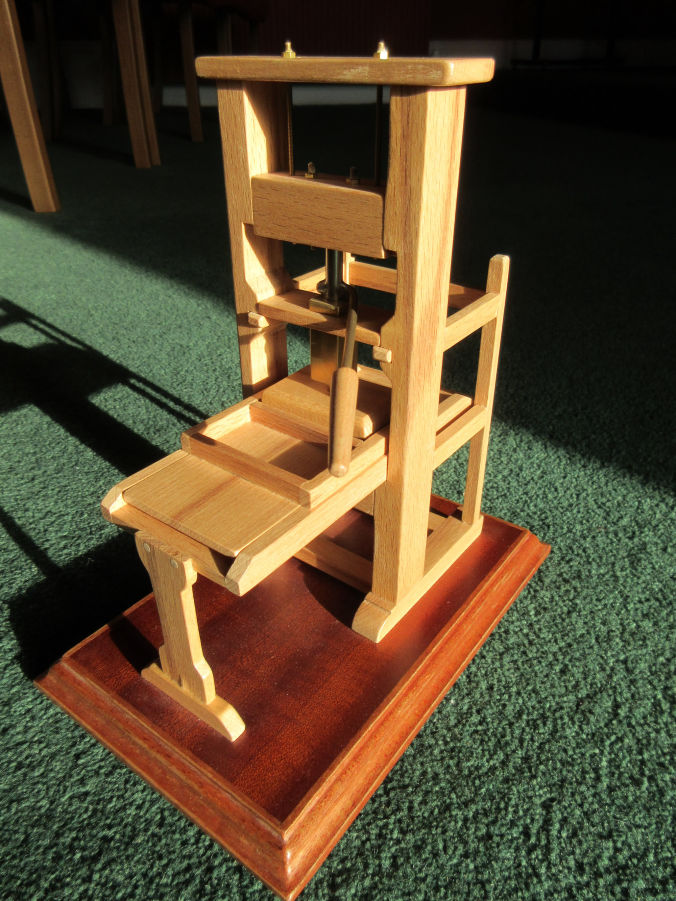 Robert Burns sent these manuscripts to John Wilson, the printer in Kilmarnock, for the first edition of his poems. Thereafter they became the property of Burns' friend Gavin Hamilton, a lawyer in Mauchline and the poet's landlord at Mossgiel Farm. They then came into the possession (probably as a gift from Gavin Hamilton) of his relative Hamilton Robinson, originally an apprentice in Hamilton's office, who later set up on his own account as a lawyer in Irvine, where he died. His widow married Alexander Campbell, the Irvine Burgher Kirk Minister (1809-1843), who, In 1837, gave the manuscripts to Mr Patrick Blair, another Irvine lawyer, and a founder member of the club, for Irvine Burns Club. The 17 folio sheets, jealously guarded and preserved for posterity, may be the only surviving manuscripts of the Kilmarnock Edition. They are inlaid in Dutch hand-made paper, and secured between sheets of glass, each of the six volumes bound in Levant morocco. 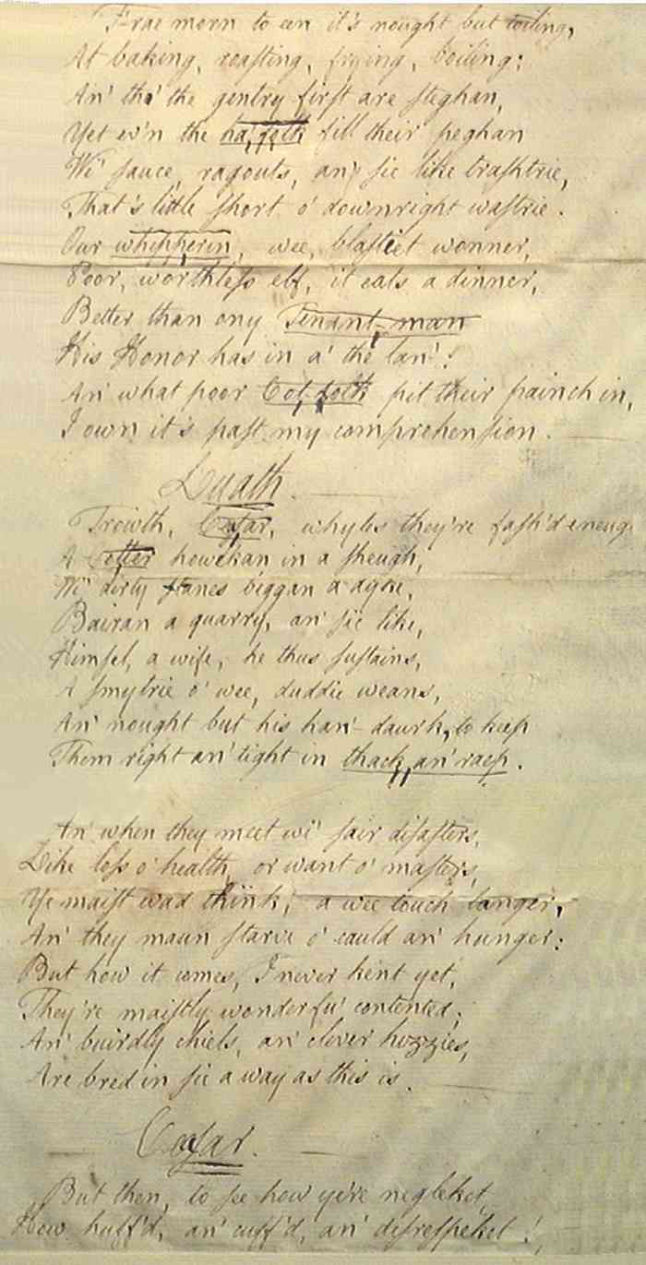 Irvine Burns Club holds the reproduction rights to these images - contact the Hon. Secretary for permission to use any MSS images
(or indeed any other images on this website)

And the final lines (on sheet 9): "When up they gat an' shook their lugs, Rejoic'd they were na' men but dogs; An' each took off his several way, Resolv'd to meet some ither day."
Notice how Burns instructs the printer: Words to appear in italics are single underlined, and those to appear in upper case are double underlined, (with overlining in each case). Near the foot of sheet 8, he even specifies an extra blank line!