On this page: links to several resources on Irvine past & present, including 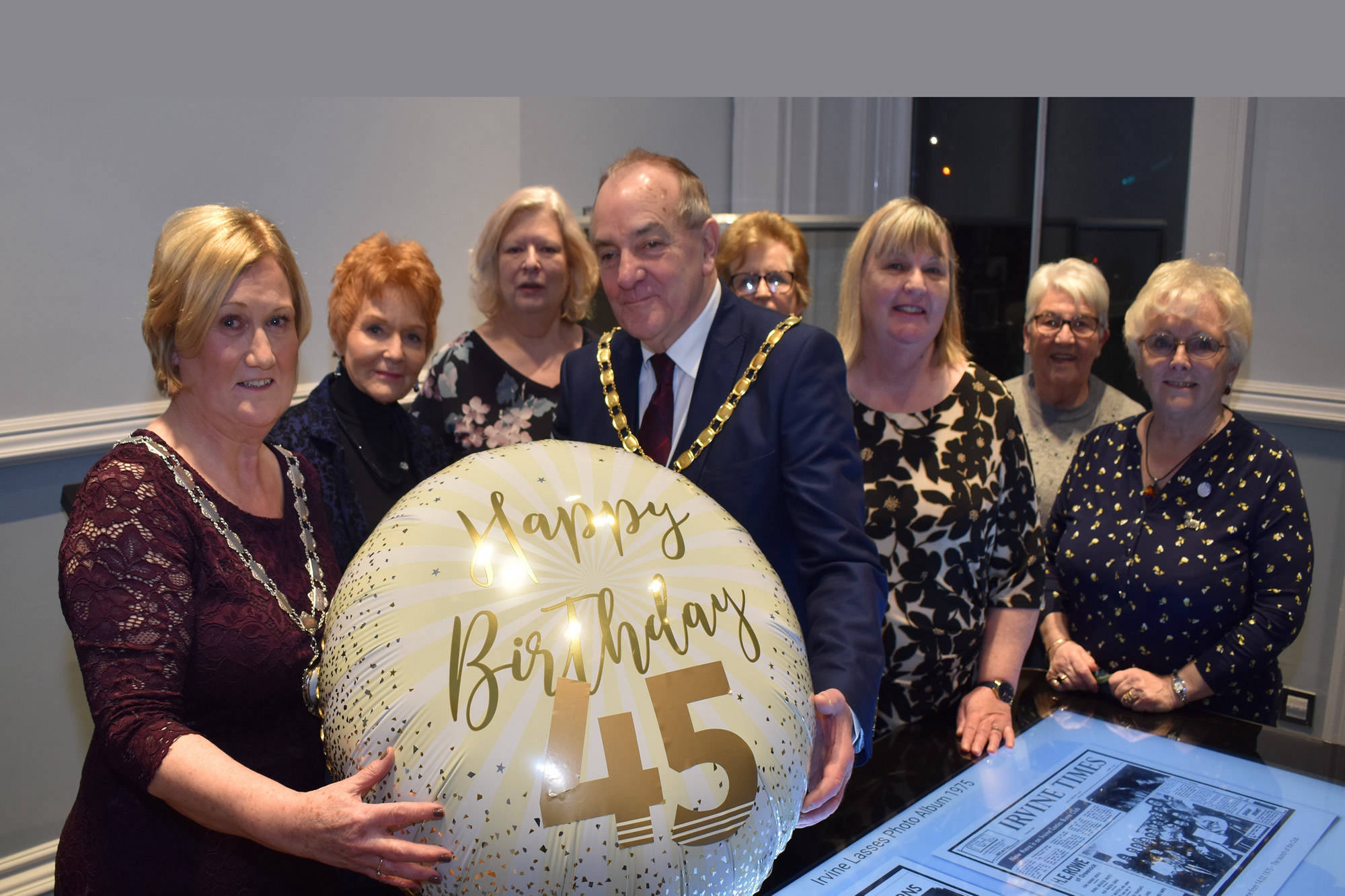 Formed in 1975, Irvine Lasses Burns Club meets at 'Wellwood' (the home of Irvine Burns Club) - contact them or just drop into one of the meetings on the syllabus 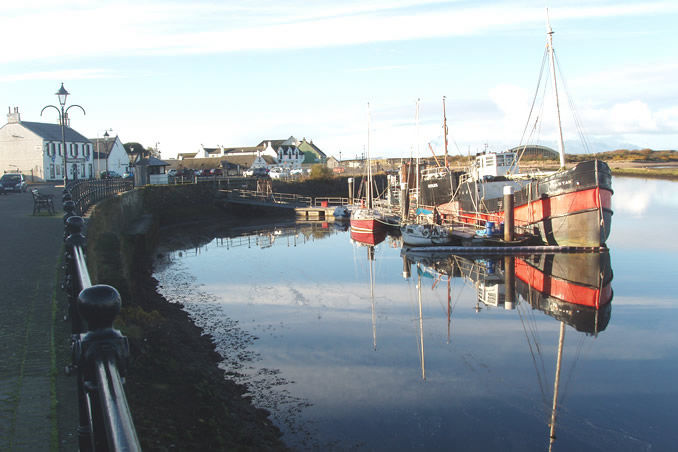 The past and the present at

The story of Irvine's harbour, gathered for a project led by Irvine Burns Club - a 'mine' of information . . 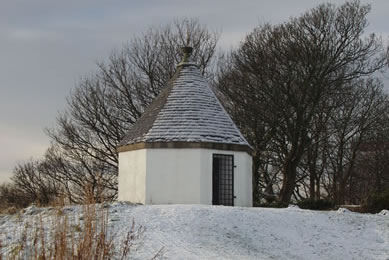 Interesting stops and stories on the

Based on a Town Trail initiated by Ian Clarkson, this trail covers many points of interest, such as this 17th c. Powder House. 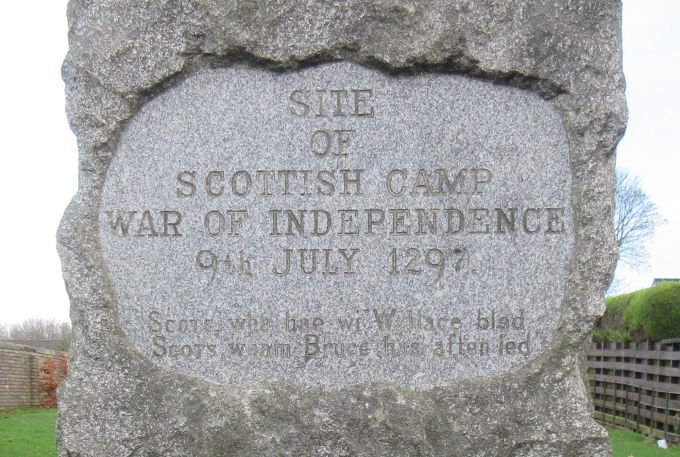 ? Do you know where to find this 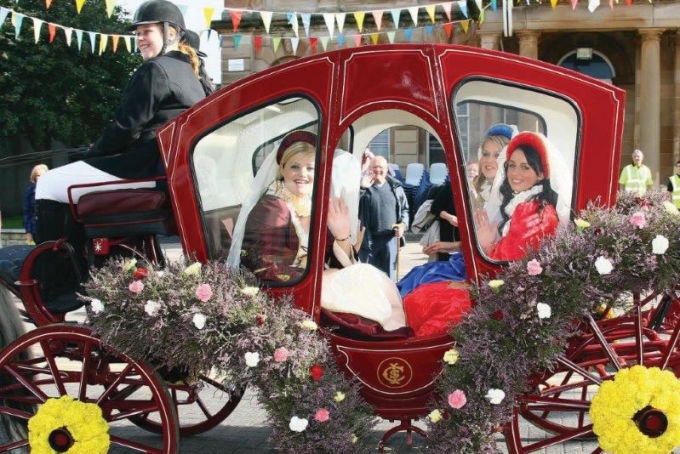 These pages, prepared in consultation with the late Captain Sandy Muir, cover the long history of Marymass and the Carters' Society.

Includes the Queens and Marys

The people and events of

The 2007 book, adapted for the web, celebrating the 85 years of St Michael's College and Academy. 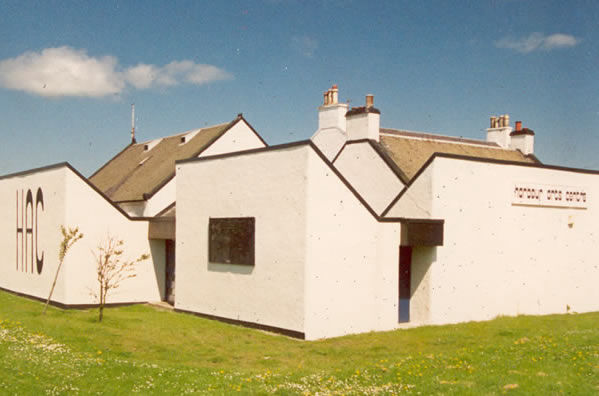 The H.A.C. was established in 1966 by a group of volunteers dedicated to creating a place for the arts in Irvine. Dip into . .

the story of the first four decades 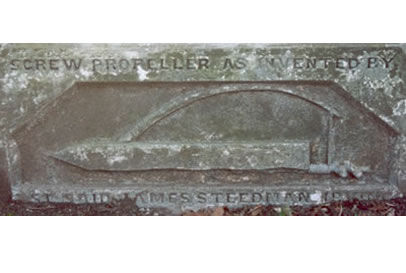 Was it James Steedman of Irvine, commemorated above, or was he one of several who 'invented' it?

Susan Bradbury captures Burns' love for the countryside in this window, one of several of interest in the church. 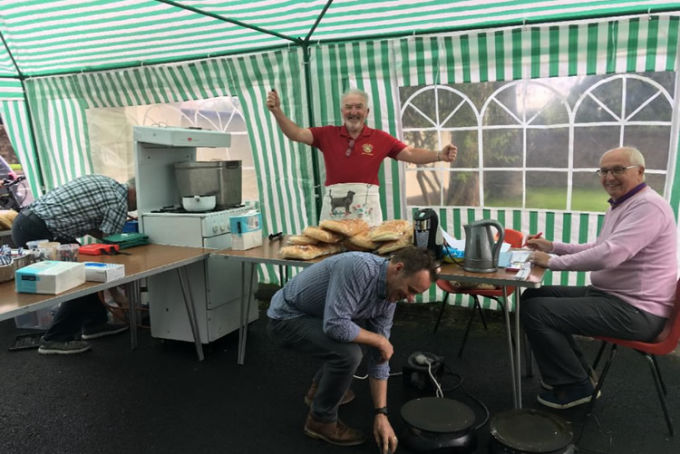 People of Action in

Seagate Rotary continues to work for the good of the local community and for people worldwide . . our pages tell the story . .

Seagate Rotary through the years

The Royal Burgh of Irvine 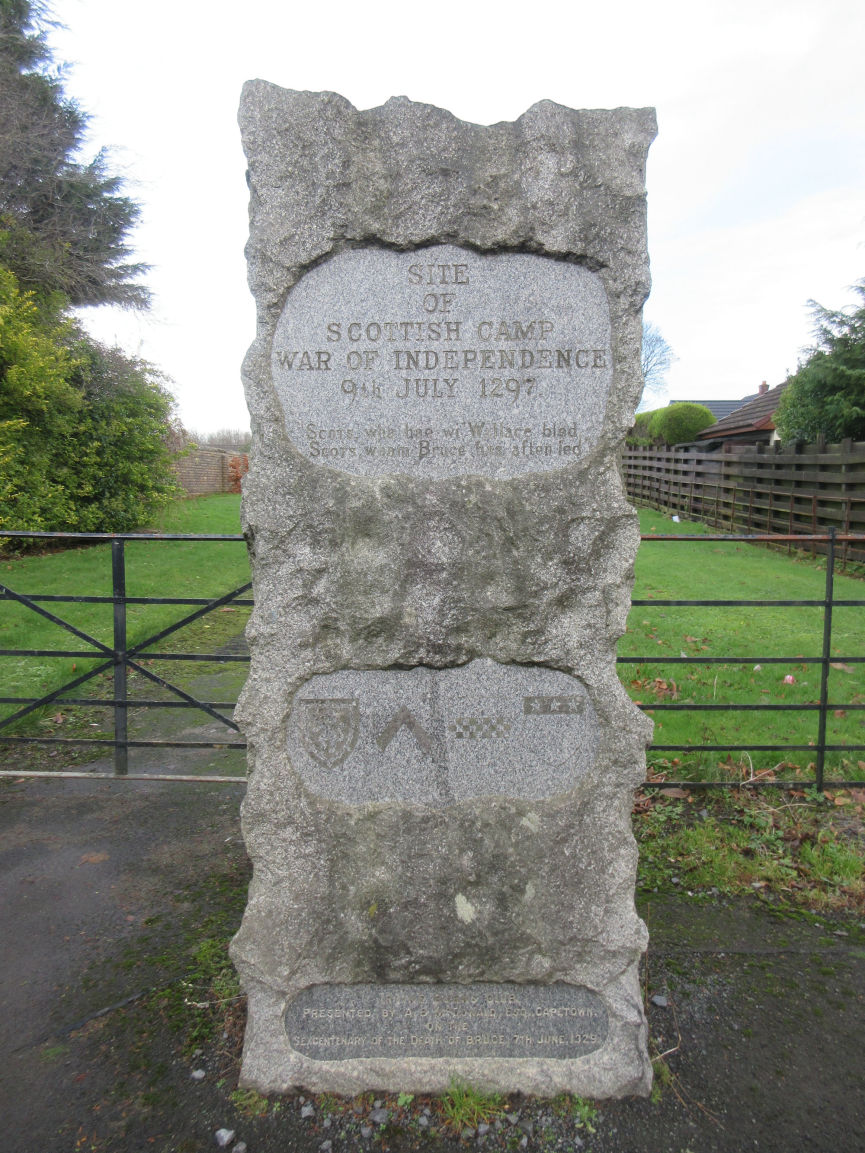 commemorating a Scottish-English stand-off in 1297

This stone marks the site of the Scottish camp in a stand-off in the First War of Independence (1296-1328) - it was donated by Irvine native Alexander B McDonald, Esq., Capetown. Under the auspices of Irvine Burns Club, it was handed over to the burgh on 7 June 1929, the sescentenary of the death of Robert the Bruce (7 June 1329), in the presence of a large gathering.

The Scottish nobles, including Robert the Bruce (but not including William Wallace who was in central Scotland at the time) camped on this hill. The English, led by 1st Baron Percy, camped to the south, probably at Tarryholm. The Scots decided to submit, possibly in order to prolong negotiations with Edward I, who was due to decide who should become the Scottish king. Percy therefore negotiated the "Capitulation of Irvine", leading to peace in southern Scotland for a while. Wallace refused to join in the submission.

The arms on the memorial are those of Scotland, of the earldom of Carrick (Robert the Bruce), of the Steward of Scotland (James) and of (Sir William) Douglas.

The monument donor, Alexander B McDonald, also made benefactions to the Academy and to a new church in Cape Town. On a visit to Irvine in 1949, he was made a Freeman of the Burgh, and in 1950 was elected an Honorary Member of Irvine Burns Club (his acceptance letter was written in the 'Cape Times' building).

See the Wallace and Burns sculpture in 'Wellwood'